Screen City Biennial (SCB) Other Minds looks into the liminal states of consciousness that arise in the symbiotic relationship between the human mind and that of other living and non-living matter—including plants, bacteria, fungi, and technology. The project interrogates and challenges the notion of the human, embracing instead an idea of the more-than-human—a concept that expands personhood to entities beyond our species—by stressing the crucial connections among all living and non-living matter, both on a planetary and a cosmic scale. Other Minds, chapter one will take place at an extraordinary site, the Archenhold Observatory in Berlin. At this significant astronomical vantage point, the exhibition will bring together the voices of various artists, whose work draws connections across layers of history, spacetimes, worldviews, and speculative narratives for the future. The program will present lens-based and time-based newly commissioned artworks, including performances, activations, artist talks, and online events.

Consciousness is a constantly morphing concept that has been at the center of philosophical inquiry for centuries. Its definition and application have changed radically during the course of history as a consequence of new scientific findings and the emergence of alternative worldviews. In recent years, animals like the cephalopods—the octopus in particular—have led to a broader understanding of how non-human minds function, with their decentralized brains distributed all over their fluid bodies, merging what we call ‘understanding’ and ‘sensing’ into one single gesture. With their tentacles (deriving from Latin tentāre, to attempt), cephalopods have inspired Donna Haraway’s notion of tentacular thinking—a strategy that allows us to think and act beyond binary divisions and dual opposites, opening our awareness to the multitudes that we are still unable to fully recognize and comprehend.

How can we learn to understand our worlds tentacularly, and what do we need to unlearn in order to achieve this? How can these strategies enable a shift in our paradigms and in our modes of seeing, a shift that creates a planetary consciousness, rather than an individual one? And have we ever been one, or are we essentially manifold? Emerging evidence points to the fact that the bacteria, viruses, and fungi in our bodies not only support our metabolism, bodily functions, and evolution but also directly affect our thoughts and feelings, ultimately influencing the way we act. If our thought-processes and emotions are influenced by other life forms that co-inhabit our body, then is our mind acting on its own? Or is the human mind merely a small component in a much larger planetary assemblage of more-than-human minds, collectively shaping a cosmic intelligence—something that we may not yet be able to grasp and describe?

Screen City Biennial (SCB) is dedicated to the expanded moving image in public space, featuring artworks that explore the relationship between the moving image, sound, technology, and urban architecture. For this upcoming edition, SCB seeks to expand the traditional spacetime biennale structure by proposing a multi-location model across two cities, Berlin and Oslo, spanning an extended exhibition period during 2022-2023. The first chapter of Other Minds will be centered at the Archenhold Observatory in Berlin, which is home to the longest movable refracting telescope on Earth. This optical object was first activated in 1896 and is still functioning to this day. Other locations will include the Schering Stiftung, and a network of outdoor sites departing from Pariser Platz and embracing the urban landscape of the city.

—
Other Minds takes its title from Peter Godfrey-Smith’s book “Other Minds: The Octopus, the Sea, and the Deep Origins of Consciousness,” 2016. 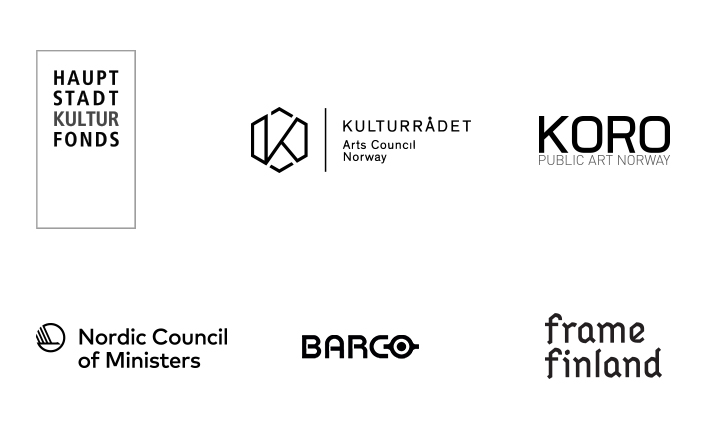 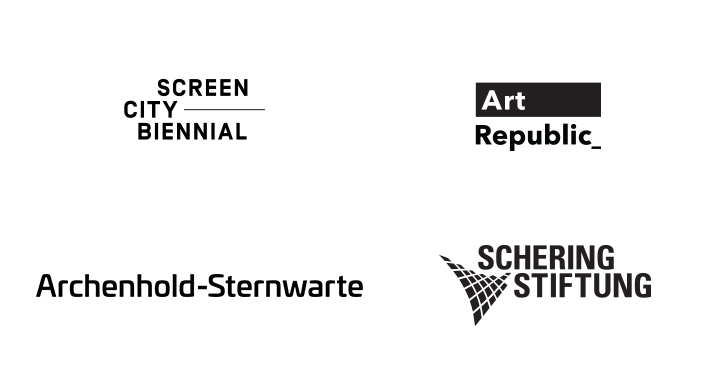 View
We use cookies on our website to give you the most relevant experience by remembering your preferences and repeat visits. By clicking “Accept All”, you consent to the use of ALL the cookies. However, you may visit "Cookie Settings" to provide a controlled consent.
Cookie SettingsAccept All
Manage consent

This website uses cookies to improve your experience while you navigate through the website. Out of these, the cookies that are categorized as necessary are stored on your browser as they are essential for the working of basic functionalities of the website. We also use third-party cookies that help us analyze and understand how you use this website. These cookies will be stored in your browser only with your consent. You also have the option to opt-out of these cookies. But opting out of some of these cookies may affect your browsing experience.
Necessary Always Enabled
Necessary cookies are absolutely essential for the website to function properly. These cookies ensure basic functionalities and security features of the website, anonymously.
Functional
Functional cookies help to perform certain functionalities like sharing the content of the website on social media platforms, collect feedbacks, and other third-party features.
Performance
Performance cookies are used to understand and analyze the key performance indexes of the website which helps in delivering a better user experience for the visitors.
Analytics
Analytical cookies are used to understand how visitors interact with the website. These cookies help provide information on metrics the number of visitors, bounce rate, traffic source, etc.
Advertisement
Advertisement cookies are used to provide visitors with relevant ads and marketing campaigns. These cookies track visitors across websites and collect information to provide customized ads.
Others
Other uncategorized cookies are those that are being analyzed and have not been classified into a category as yet.
SAVE & ACCEPT